All of us at EduKick International want to offer a huge congratulations to REAL MADRID 1st team Assistant Coach, Javi Mallo, on helping Real lift the Champions League trophy for the 11th time!

EDUKICK SPAIN NEWS! Are you a footballer from North America? INQUIRE TODAY ABOUT OUR SPECIAL OFFER of $5,000 USD DISCOUNT for US or Canadian passport holders at info@edukick.com!

Real Madrid overcame on penalties when they eventually beat out Atlético Madrid in the UEFA Champions League final for the second time in three seasons.

“Cristiano Ronaldo, who had a quiet match by his high standards, scored the decisive spot kick after Juanfran had hit the base of the post with the eighth attempt of the shoot-out. Substitute Yannick Carrasco’s 79th-minute equaliser cancelled out a first-half strike by Sergio Ramos, whose own – last-gasp – leveller against the Rojiblancos had forced extra time in Lisbon two years ago.” – UEFA.com

Javi and his brother Nacho Mallo are both Directors of EduKick Madrid, Spain programs, and we’re happy to have them. This is the excellent coaching we offer at all our venues!

This is an exciting time for our Madrid Academy!

Are you a footballer from North America? INQUIRE TODAY ABOUT OUR SPECIAL OFFER of $5,000 USD DISCOUNT for US or Canadian passport holders at info@edukick.com!

Ready to join us at EduKick Madrid?

EduKick continues to provide top of the line directors, coaches and coaching methods for its student players.

Born and raised in the Metro St. Louis area, he’s played club, high school, and collegiate soccer here for most of the early part of his life.

“The opportunity to bring the highest level of soccer to the St.Louis area and to manage players from around the world that will impact the club and collegiate levels nationwide is a dream come true” Byrnes says.

After playing in both the NAIA and NCAA, Byrnes finished his career at Greenville College in 2004. He soon began coaching at Greenville, having the opportunity to coach under 2012 NAIA Coach of the year Brian McMahon.

The Belhaven University Blazers of Jackson Mississippi went to an NAIA National Championship due, in part to his leadership as Head Coach. As Assistant Coach for Maryville University, Director of Coaching for JC United in the St. Louis area and many other opportunities, Byrnes also serves as a coordinator for the College ID Program tying him directly to over 20 college coaches locally and coaches nationwide.

He fits the EduKick team well, and we are more than please to have him as coach!

Our players are being coached by some of the best current and ex-football players and coaches in the pro-soccer world. 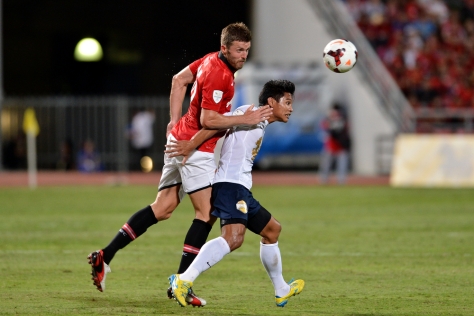 After linking with the Professional Football Association recently, EduKick Manchester has become an integral part of their Coach Education Program.

This program provides a quick and accessible way for these soccer professionals to get coaching experience, by offering them smart, capable students on whom to practice their coaching skills.

All the Edukick players, so long as they are fit and keep up their scores academically, will have the opportunity to meet and be coached by Michael Carrick, the England Star.

“What a great experience for the boys,” says Mick Brennan, director of Edukick Manchestere. “I bet most of their friends and family back home will be looking on with jealously at the chance these boys have to come, not only to one of the world’s best facilities, but be coached by a world class star.”

Our EduKick Manchester team will travel to the Carrington facilities, the training home of Manchester United Football Club, on a weekly basis so Michael can spend time instructing them. 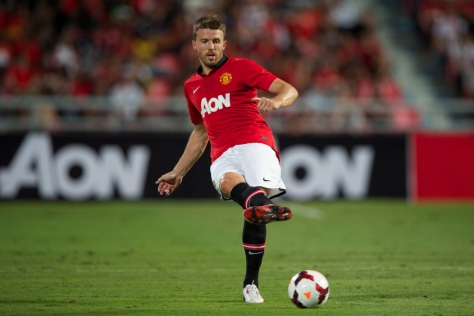 During the first session last week, Michael and Merick, the head of Education at Manchester United, taught the EduKick players in two sessions. Michael was fantastic with the team, giving tips even after the session and just enjoying conversing with them.

“Hopefully, they can all take some real experience and knowledge from this, along with some great memories too. A massive ‘Thank You’ to Michael and all the team at the PFA for letting them have this chance. And well done to all the lads who were magnificent today here at Carrington. We look forward to the coming weeks,” offers Brennan.

It’s a credit to the student-players’ attitudes, effort and commitment that they were selected by the PFA and Michael to take part in this exciting program.

Be a part of this growing group of professionals-in-training!

Through friend of EduKick International, Dave Bailey, Edukick Manchester has formed a great link to the professional football club, allowing Edukick Manchester student-players to get a fantastic view into the world of English football.

Accrington Stanley FC is one of the founding members of the football league!

In fact, Accrington Stanley, one of only 12 clubs to form the football league, in 1888, has had a tough time throughout history. After a dramatic reformation of the club, in 1968, they established themselves firmly in English football.

Then, in 2005, they won promotion back into the football league where they have been ever since. Now known as ‘The club that will never die’ Accrington Stanley is a traditional and local football club, but now with grand and glorious ideas to progress in football.

Accrington Stanley coaches will be delivering guest sessions to the Edukick Manchester players. Student-players will also have the opportunity for visits to the ground to watch the first team games, fantastic guest speakers from the club, and even more possibilities for those who show potential to train and trial with the club. 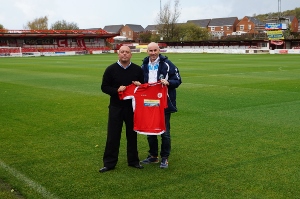 Throughout the season, Edukick Manchester will play the Accrington Stanley Academy teams too, which is a great opportunity for Head of Recruitment Dave Bailey to watch the Edukick players first hand.

Edukick & Accrington Stanley had their first success in the partnership, with Lawrence Hanna of Edukick Manchester being invited to Accrington to train with the Academy and showcase to the coaches what he can do. Hopefully later this month, Lawrence will spend time at Accrington to try to kick start his football career.

Ready to join up?

Watch Roberto Navajas as he trains EduKick Madrid Soccer students. Most of these players are working on their skills as a goalie, and Roberto is an excellent choice for a coach! EduKick International works hard to secure the best trainers for each area of soccer training as well as academics.

One of Robert’s best tips? Stay happy and relaxed as you play! When you become too tense, you lose the joy of the game, you tire more easily, and your skills start to decline.

We have only the best in coaches, instructors, academic programs and security. EduKick Madrid is an academic year football and education course for competitive players who are ages 13-24. Register Here Today!

Fill out the form below for more information about application for the 2014/2015 school year!